Dan has been racing Mountain Bikes since he was about 5 years old after following his sister into the sport.  He has been racing internationally since he was a Junior and his career highlights include representing Australia at the 2008, 2012 and 2016 Olympic Games and a Bronze Medal at the 2014 Commonwealth Games.
In 2013 Dan won the opening round of the UCI World Cup and finished third in the overall series.  He followed that up with second in the overall series in 2014.  He is the only rider in the past 7 years to win a World Cup aside from Schurter, Absalon and Kulhavy.
Dan has been on the World Cup Podium 7 times.
In 2018 Dan will be racing on board Mondraker bikes as a part of the Spanish Primaflor Mondraker Rotor Racing Team.
Instagram: danmcconnellmtb #becanddan

Bec is the current Australian Champion and has represented Australia at two Olympic Games – 2012 and 2016.  Her highest achievements so far include racing to Bronze at the Commonwealth Games in 2014, third at the World Cup in Cairns 2016, fifth in Albstadt Germany 2017, Winning the Swiss Bike Cup in Granichen and Winning the Under 23 World Cup Series in 2013.
Mountain Biking is a family sport for Bec – she began racing with her Dad and Brother and now travels the world racing alongside her new husband – Dan..
Bec is a true Canberra girl – while she loves to travel the World racing, nothing satisfies her more than Kingsley’s Chips & Gravy followed by Goodberry’s for dessert.
In 2018 Dan will be racing on board Mondraker bikes as a part of the Spanish Primaflor Mondraker Rotor Racing Team.
Instagram: becmcconnell #becanddan 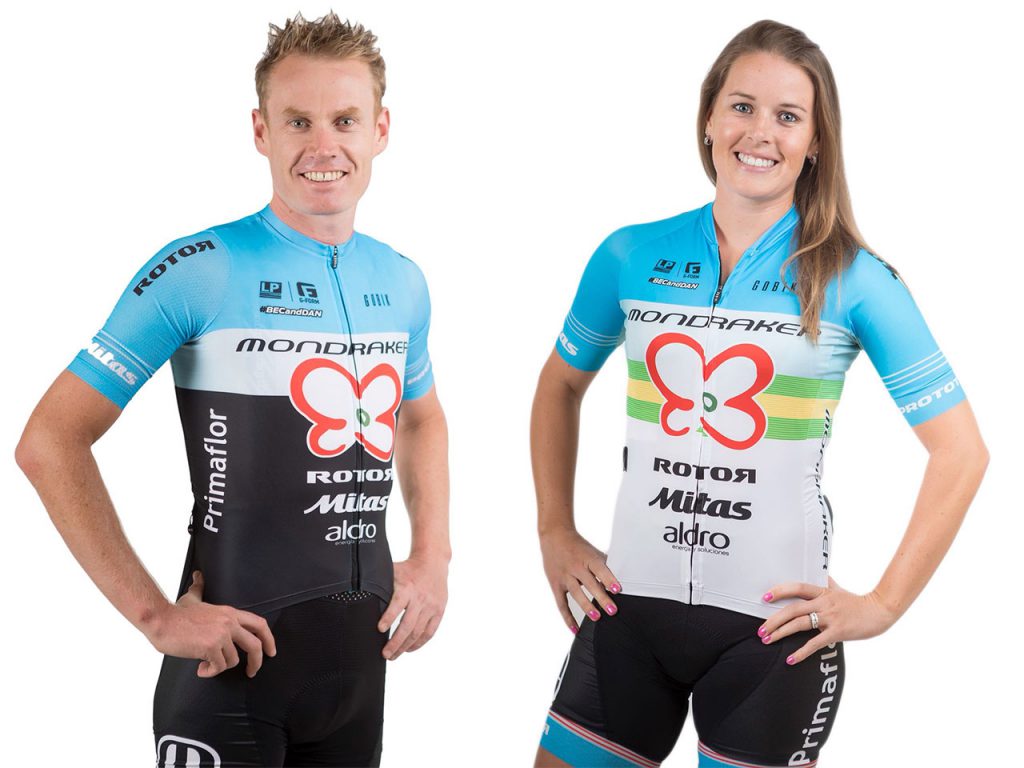